Data centers (DCs) are the repositories for everything on the Internet as we know it. Worldwide, the number of DCs is estimated to be 7.2 million; that number is growing every year, as is our dependence on DCs. However, not everyone is aware of the fact that DCs are scourges to our global environment.

DCs hold servers, hefty machines that store and process all digital data passing through the Internet. As the amount of data generated has grown, so has the number of DCs and servers in use... and their environmental impact has grown in tandem. Consider the following:

As businesses migrate their data from on-site storage to colocation data centers and/or the "cloud", DC electricity consumption will continue to rise as more facilities come online.

In the past ten years, increases in DC energy consumption have grown less sharply compared to the incremental rise of DC energy consumption during the first decade of the 2000s. But the day approaches when almost all businesses will store their files in offsite DCs. Inevitably at some point, DC energy usage will again rise markedly, as will DC carbon emissions.

DCs, as we know them today, originated during the dot.com bubble of the late 1990s. Cloud computing started in 2006 when Amazon Web Services (AWS) began marketing IT network and infrastructure services to businesses. Also in 2006, the Green Grid Association created a metric—power-usage effectiveness (PUE)—for DCs. The PUE is a ratio between a data center's power usage and its on-site IT equipment.

In 2011, Facebook started the Open Compute Project (OCP), which shares specs of DC products and best practices with many of the world's largest businesses including Google, Dell, IBM, Cisco, Lenovo, Alibaba Group, and Nokia. Part of the OCP's mission is to promote DC designs for energy efficiency.For example, by eliminating a transformer stage, a DC can distribute power at 277 VAC powered by a single voltage (12.5 VDC) power supply. Facebook has moved to address its impact on the environment by pledging "to contract renewable energy for all of its electricity consumption by 2020."

Thanks to efficiencies built into DCs over the past decade, the energy needs of hyperscalers have remained more or less constant since 2010. Moreover, by migrating data from in-house servers to colocation DCs or the cloud, most small-to-midsize businesses (SMBs) will almost surely reduce their energy consumption.

Usually when a business stores data offsite, its files go to either the cloud (hyperscale DCs) or a smaller facility known as a colocation DC (or "colo" data center in hip tech parlance). As we detail here, a colo DC "is like a warehouse where you can store parts of your IT network." Colocation facilities are also described as "carrier hotels"; one example is the building occupying 60 Hudson Street in NYC. Once upon a time, this was the global hub of the telegraph system, and still today houses hundreds of modern telecom providers. 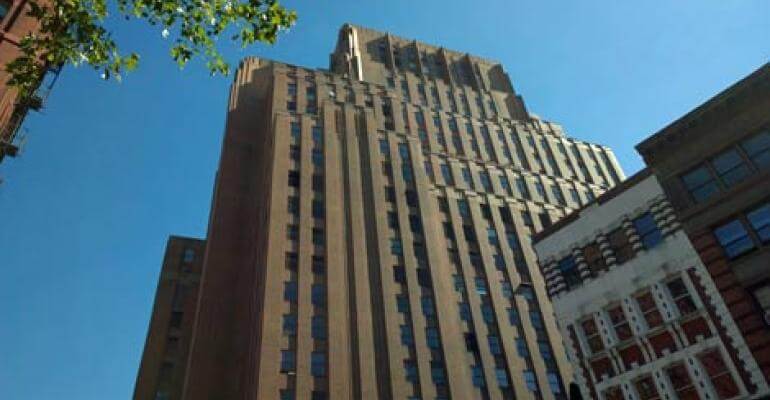 When selecting a DC, consider whether the provider offers network cross-connects to a "single-carrier"/"single-vendor" or a variety of carriers ("carrier-neutral"/"network-neutral"). By choosing a carrier-neutral DC, a customer benefits from carrier competition, receiving lower cost, improved reliability, and flexible connectivity options. A single-carrier DC is typically owned by a provider that offers customers connectivity only within the ecosystem of its network.

As of 2021, the three largest colo DC providers worldwide are Equinix, Digital Realty, and China Telecom. Together, these companies control about 25% of the global colo DC market. All told, the largest 15 colo DC providers own half of the world market; expect further consolidation in future years. Note that these three providers also operate hyperscale DCs.

Environmental Focus of the Colo Providers

We took a look at the policies and environmental goals of the top colocation providers in the world. They all have some form of environmentally friendly goals in place.

Controlled by China's central government (and delisted by the NYSE in January 2021), China Telecom (CT) operates over 400 DCs (including 110 colos in North and South America, Europe, Australia, and Southeast Asia) worldwide. CT also manages hyperscale DCs across essentially the same footprint as its colos. Its DCs "connect to a reliable and wide range of global private and public data circuits." As for its green credentials, CT maintains that "comprehensive energy efficiency and other green operational policies are enforced at all CT data center facilities."

While many providers operate hyperscale DCs, three behemoths currently stand atop others: Amazon Web Services (AWS), Microsoft, and Google. Consider that between June 2019 to June 2020, "Google and AWS opened the most new data centers throughout the globe, accounting for over half of the total centers built over the 12-month span."

Cited by many to be the world's largest hyperscale DC operator in 2021, AWS has long been one of the biggest Capex spenders in the industry, erecting DCs around the globe. Amazon plans to completely power its operations with 100% renewable energy by 2025 as the company strives for net-zero carbon emissions by 2040. The company continues to invest heavily in solar and wind power for its hyperscale DCs.

As demand for Microsoft Azure (a cloud computing platform) soars, the company continues to invest billions annually in hyperscale DC construction. Currently, Microsoft has over 60 "cloud regions" in 140 countries. Carbon neutral since 2012, Microsoft's DCs are on track for 70% renewable energy by 2023 and plans to one day generate DC electricity onsite using hydrogen fuel cells.

To support demand for its Google Cloud Platform services, the company spends billions annually to construct its hyperscale DCs. Powered totally by renewable energy, Google posits "that all data processed by Google Cloud has 'zero net carbon emissions.'" The company also claims to be "the largest buyer of renewable energy in the world."

Data Centers in the 2020s and Beyond

As all major data center providers work to decrease their environmental impact, we have seen creative strategies come into play. Microsoft has developed a pilot project for an underwater DC off the coast of Scotland, using seawater to cool the facility environment. According to this research, seawater can be used to reduce (DC) energy consumption by ~30%.

Additionally, organizations such as the Green Grid Association, the European Code of Conduct for Data Centers, and the Uptime Institute have introduced standards and certifications to maximize the energy efficiency of DC management and operations.

As society grows, internet usage and the need for data storage is only increasing. Fortunately, the DC industry has taken Ian Somerhalder's words to heart, recognizing the importance of reducing the carbon emissions of data centers.

If you need help configuring your colocation data center network, Lightyear is here to help.