Flume is a dark fiber based internet service provider (ISP) in New York City that’s aiming to do something Big Internet can’t (or, more likely, won’t)—help end the digital divide in this country. But they’re not trying to beat these internet titans at their own game. With Lightyear’s help, Flume is pioneering a new way to play. Co-founded by Brandon Gibson and Prashanth Vijay, Flume’s mission is to bring GPON and XGS-PON-based internet services to consumers that legacy telecommunications conglomerates have overlooked. This is a big deal. While COVID-19 has compounded a variety of social issues in the United States, disparities in access to quality, high-speed internet has been an issue for over a decade.

“Only 6% of homes in the U.S. have fiber to their home. However, over 30 to 40% have fiber on their doorstep. So, even if you don’t have fiber in your building, there’s probably a cell site across the street that somebody, a local utility, or even the city themselves, have built.”

“Verizon and AT&T, most of these big companies are owned by private equity. And a lot of the value is driven by, ‘Hey, I own the fiber and the trench in the ground, and that’s why your home broadband is going to be $80 a month.’ [That’s] some of the highest in the world.”

Being a smaller startup ISP, Gibson and Vijay knew the path to success would not be an easy one. Competing for infrastructure meant going up against powerhouse companies like Verizon and Comcast—incumbents in the market with existing relationships and access.

Ten years ago, most ISPs may have had one (or no) option to build out a data center in major U.S. cities. Now a multitude of real estate investment trusts (REITs) and big companies are building an abundance of internet exchange sites. Data center space and spend are increasing astronomically every year. “Modern telecom networks need companies like Lightyear,” Vijay said, otherwise “you can’t really manage it without having three guys just doing telecom contract negotiation 24/7.” What’s more, even if Flume could leverage the dedicated team needed to do the above, their overhead advantage with CAPEX could disintegrate through procurement missteps or poorly negotiated contracts.

“Setting [things] up the wrong way has a lot of consequences,” Vijay explained. “If you end up in the wrong suite inside the data center, you could be doubling your recurring costs to connect to Netflix through patching [for example]. So there are a lot of perils in doing it wrong.”

Fortunately, Gibson and Vijay discovered they had an ace up their sleeve.

Delivering Success from the Mess | Lightyear to the Rescue

In April of 2020, Flume began to notice a shift in the New York housing market. Buildings were bleeding tenants, and occupancy rates were plummeting. And with an ever-increasing amount of landlords looking to entice renters with remote-work-friendly benefits, more building owners were looking for access to consistent gigabit internet. This was a prime business opportunity for small dark fiber based ISPs like Flume or, at least, for those able to pursue it.

“New York City is like four cities inside itself,” noted Vijay. “The goal for us is to send out our real estate team to find the buildings and landlords interested in new service. And the second piece on the network side is to locate the local data center and local fiber options for our supply.”

Even with enough overhead to employ such a team, more time and energy would be required to process what they found. Options for various setup configurations could easily range in the dozens—each needing to be weighed against the others to determine the most cost-effective solution. Then Flume could move on to procurement and contract negotiations. That added up to a bar Flume just couldn’t clear. Not alone, anyway, which is why Vijay and his team turned to Lightyear for help. After reviewing the service, Vijay and the Flume team conveyed their telecom needs directly to Lightyear, where our platform started the work of bidding his request to find the best-fit service providers for their last-mile needs. Soon after, Vijay signed into his Lightyear dashboard and reviewed the menu of service quotes that we had vetted on his behalf. Vijay signed his contract from within the same dashboard and kept tabs on implementation progress as Lightyear managed the service provider communications on his behalf.

“All that, for free,” Vijay added. “That’s the amazing thing about Lightyear’s model; it doesn’t cost us anything. Our network engineers are now able to focus on just building and designing. And they’re not working on contract negotiation, sussing out five or six options, dealing with the carrier sales guys, account management. The whole enterprise sale takes so long, and Lightyear removes all of that.”

Vijay provided a specific example of how this works for Flume. They recently launched a sub-geography in Brooklyn. Because a lot of Flume’s existing data service is located in Manhattan and the Bronx, this project required its own new data center in Brooklyn. Had Flume handled the RFP and selection process, Vijay estimates they would have located the correct vendors in about two months. Tapping Lightyear reduced that timeframe exponentially—by 75%. In less than two weeks, Vijay had a favorable quote in hand, and they were able to hit the ground running—all at reduced cost to the business.

“Lightyear’s software ran an RFP for us in two weeks that would have taken our engineers two months. We consider ourselves a very cost conscious ISP, and still Lightyear was able to achieve 25%+ cost savings for us. So for us it’s a no brainer, the Lightyear ROI is instant.”

So, What’s In the Stars for Flume and Lightyear?

By partnering with Lightyear, Vijay and his team have been able to scale out their infrastructure faster without causing additional strain on the team. This frees up internal resources to focus on providing the best possible experience for their customers.

If you have questions or would like a demo, please contact us—we’d love to hear from you. 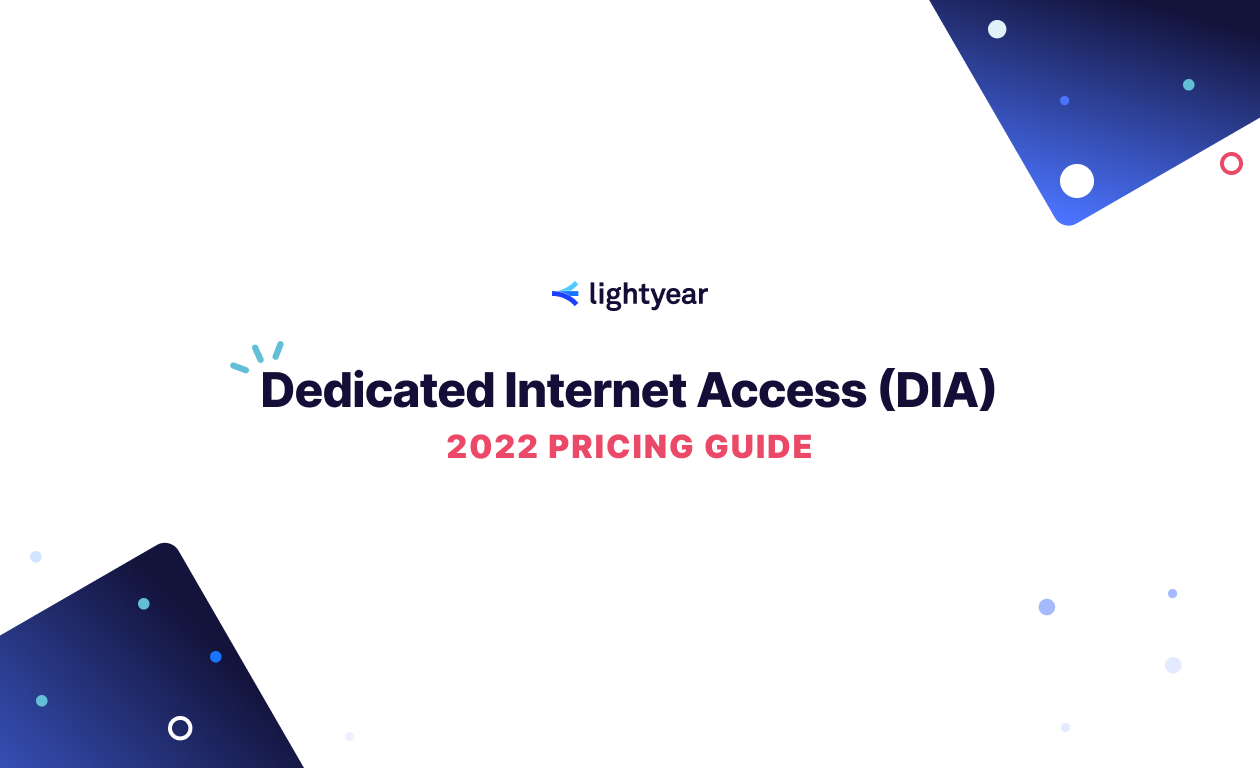 There are many factors that impact how your dedicated internet access (DIA) is priced. Lightyear is pleased to share your 2022 ultimate guide to DIA pricing. 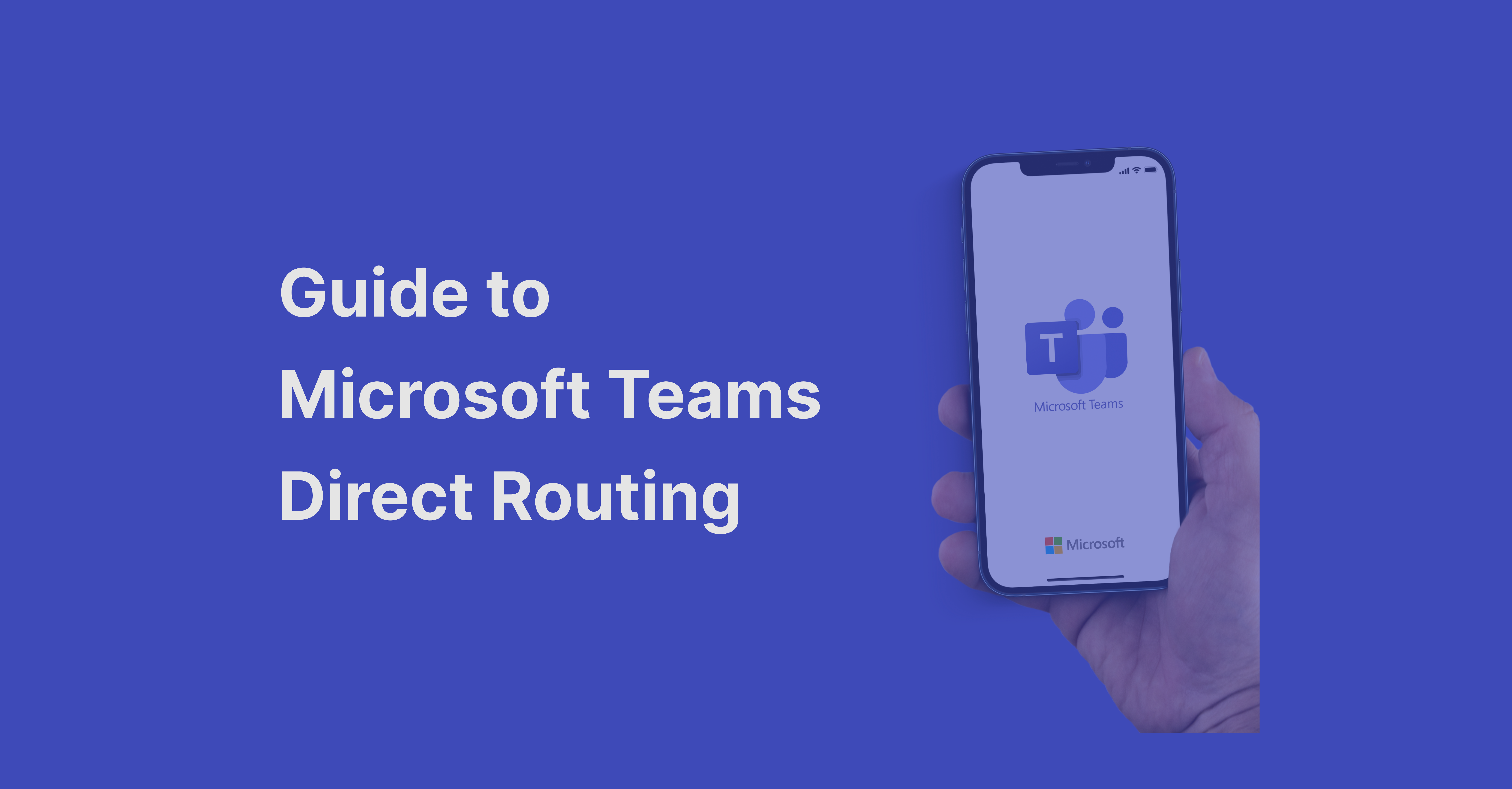 This guide covers everything you need to know when enabling your Microsoft Teams Tenant with traditional telephony capabilities via Direct Routing. 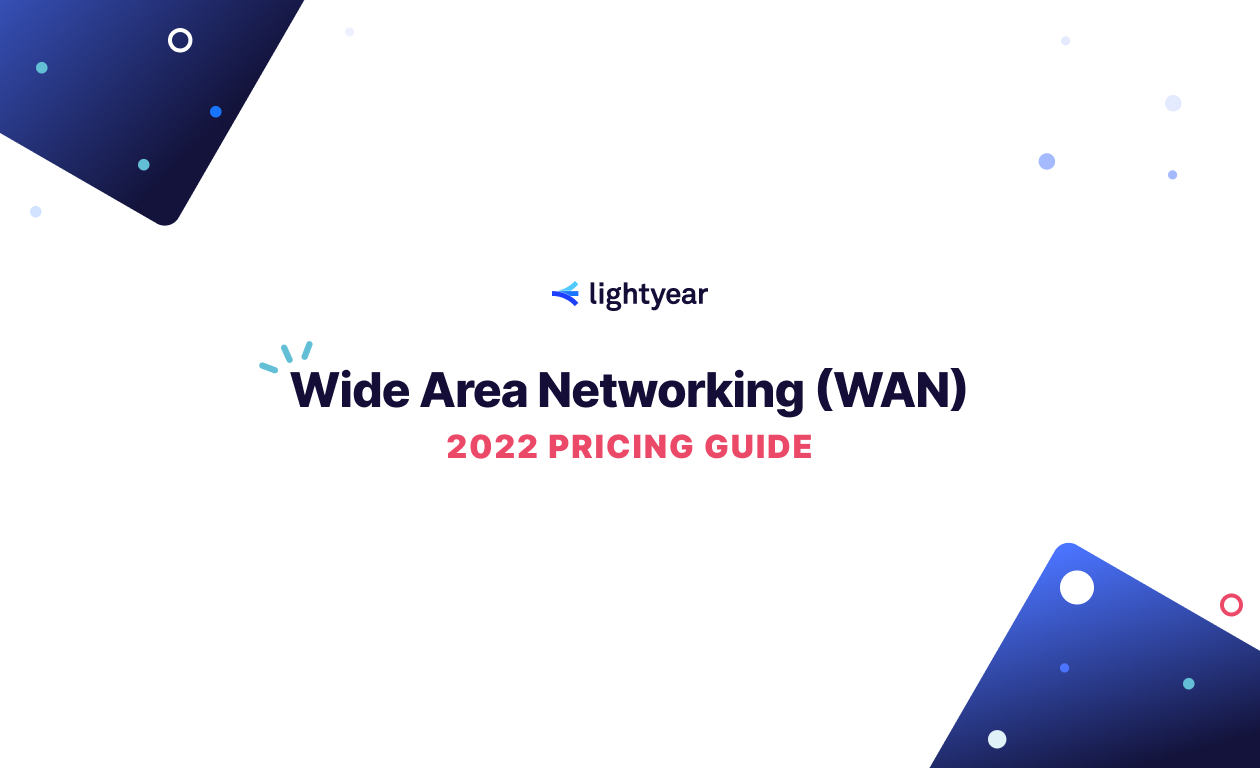