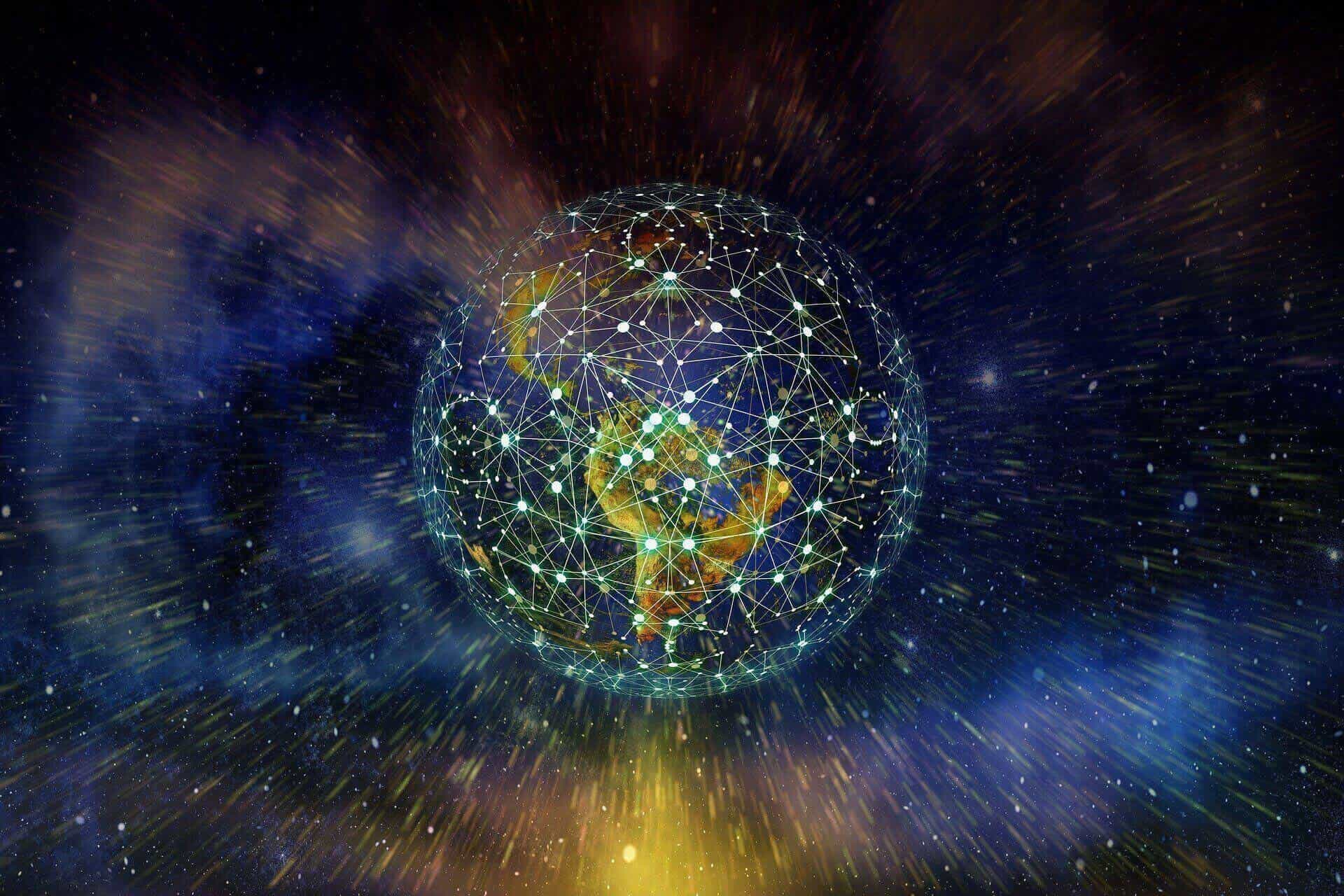 SD-WAN vs. VPN for Enterprises: Which Makes the Most Sense for You?

It’s an exciting time for business IT networks. More than 40% of U.S. employees have worked from home during the COVID-19 pandemic, according to USA Today, and 61% said they hoped to continue remote work indefinitely. Meanwhile, work continues moving to the cloud, thanks to software-as-a-service (SaaS) tools. It’s never been easier for IT teams to connect workers over great distances.
But with this excitement also comes some uncertainty. First, how should enterprise IT teams build their networks to support an increasingly remote workforce? Second, should an enterprise IT team self-manage its network, or trust a third party to manage it? A great starting point to answer both questions lies in debating SD-WAN vs. VPN.
Wide area networks make it possible for businesses to connect their local, national, and even international locations on a single network. (Image source: Pedro Lastra)
SD-WAN is touted as the next generation of wide area network (WAN). It creates a software-defined (SD) network that’s more flexible and scalable than traditional types of WAN. That makes it easier for enterprises to connect geographically distributed locations and employees. But virtual private networks (VPNs) have been around for about 25 years, and many IT professionals already rely on them to build fast, secure networks.
We compare SD-WAN vs. VPN based on four factors: connection quality, implementation, security, and price. Both technologies have their strengths, and under the right circumstances, both can have a role in your enterprise IT network. But in our opinion, one option stands out as the superior choice.

Connection Quality of SD-WAN vs. VPN

Any business network, no matter its architecture, has to quickly and securely relay information from point to point. That makes connection quality a strong place to start when comparing SD-WAN and VPN.

SD-WAN has lots of pros here. To start, SD-WAN creates a dual-layer network composed of an underlay and an overlay. The underlay network connects to the internet or existing private WAN, usually through a combination of public and private lines, for instance, business broadband plus multiprotocol label switching (MPLS), dedicated internet access (DIA) circuits, and/or point-to-point links.
The overlay network runs over the top as a software layer. That lets you monitor and correct connection issues, such as a few overloaded circuits bottlenecking your network, from a central view. SD-WAN’s dual layering also intelligently routes data across your public and private network lines based on your business’s priorities.
Together, this centralized view and intelligent data routing make running your network much easier, whether you choose to self-manage your SD-WAN or trust a third party to do it. Plus, SD-WAN acts like a redundant internet connection. If the underlay experiences an outage or interruption on one of its lines, the overlay network continues to run.
The cons? SD-WAN is still vulnerable to issues caused by the public internet, such as fluctuating bandwidth. Internet service providers guarantee their performance against issues like latency and packet loss on dedicated circuits. But such guarantees don’t apply to public internet lines.

According to vpnMentor, site-to-site VPNs are common in enterprises “where secure communication between departments all over the world is absolutely crucial.” Even though it uses the internet lines, VPNs cloak your data in encrypted tunnels, creating a stable and secure connection.
Its reliability has earned VPN the trust of many IT pros. Given that business networks can’t fail (imagine being an event app company and your app goes down), it’s hard to understate the value of trust and familiarity when building an enterprise network.
Still, the more you rely on site-to-site VPNs, the more vulnerable you become to performance issues inherent with the public internet. That means an even greater likelihood of connection issues as you ship data from point to point.
From a management perspective, VPNs are simpler but less flexible than SD-WAN. Each VPN is an individual end-to-end connection, so without a centralized platform to see all of your site-to-site VPN connections at once, you have to monitor them individually. Babysitting network lines like that isn’t the most effective use of IT resources.

SD-WAN offsets the quality issues that come with the public internet by intelligently prioritizing data across your public and private network lines. This also improves network speed and reliability by allowing you to specify what data goes where. So, if you’re a large medical company juggling lots of confidential and non-sensitive information, you could use an SD-WAN to route all confidential data over MPLS and all other data over your public internet.

We know from our interviews with more than 50 network engineers and IT heads that implementation plays a huge role in networking decisions. The bigger your enterprise network, the more to consider when transitioning from your legacy systems. This is one of the biggest selling points of SD-WAN: Its simplicity makes self-managing and outsourcing WAN management equally viable options for many businesses.

SD-WAN is among the most adaptable, easily updatable form of network infrastructure. Because it’s a centralized, software-driven solution, it requires little specialized hardware coding or infrastructure changes.
Imagine you’re a national retailer with brick-and-mortar stores, multiple distribution centers, and a manufacturing plant in addition to your corporate offices. Instead of sending engineers to do the time-consuming, error-prone work of coding every router, so the router knows to prioritize data bound for your CRM over a co-worker’s Instagram post, you or your SD-WAN vendor can do it all at once from one place.
Planning and migrating to SD-WAN can be time consuming, but those who do are rewarded with an enterprise network that’s faster, cheaper, and easier to manage. (Image source: Scott Graham)
But getting SD-WAN’s long-term flexibility and cost-savings requires careful planning upfront, followed by careful deployment. Anshuman Awasthi, senior director of infrastructure engineering at RH, lays out everything you have to think through, from testing device stability to staggering rollouts, in his guide to SD-WAN implementation.

As an established technology with deep support behind them, VPNs are seen as easier to implement. Many providers have deep libraries filled with how-tos and troubleshooting articles to help you, such as this step-by-step guide on configuring a site-to-site VPN tunnel from Barracuda.
But easier doesn’t mean easy, as things can get complicated. vpnMentor also mentions how site-to-site VPNs require specialized equipment and resources. They’re also a purpose-built technology, so site-to-site VPNs aren’t inherently flexible. Not to mention, manually setting up and maintaining lots of site-to-site VPNs burdens your IT team with time-consuming, error-prone work.

SD-WANs allow IT and networking professionals to stay agile by centralizing network management in one place. That includes setting up and managing VPNs. As we point out in our SD-WAN for Dummies guide, the speed and ease of managing your site-to-site VPN is one of the key benefits of SD-WAN

Security of SD-WAN vs. VPN

There’s no shortage of alarming statistics about network security, starting with the more than 30 million cyber attacks that happen each year. So, how do SD-WAN and VPN impact your network security?

SD-WANs mimic many of the security benefits of MPLS but with less cost and complexity. Central controls let you enable end-to-end encryption across the entire network rather than securing individual connections manually. You can also activate firewalls and URL filtering. Additionally, all devices and endpoints are authenticated at each endpoint in your network.
All that said, SD-WAN is still a new technology. Awasthi points out that this makes choosing the right SD-WAN provider crucial for network security. Vet providers thoroughly on how they handle quality assurance, vulnerability scanning, and network testing.

Most major site-to-site VPNs offer IP security (IPSec) protocols, such as securing traffic with up to 256-bit encryption. Also known as Advanced Encryption Standard or AES, 256-bit encryption is the same standard approved by the National Security Agency to protect sensitive information. Some VPNs even offer Layer 7 firewall protection to filter application-specific traffic.
The downsides start, of course, with VPN’s vulnerabilities from relying on the public internet. VPN security risks need a vigilant eye. The more site-to-site VPN connections you create, the more data lines to monitor. As for remote access VPNs, some have gone so far as to call them one of the biggest network security threats during COVID-19. Why? Because some VPNs may let viruses and malware creep from workers’ home computers onto business networks.

SD-WAN’s ability to duplicate many of the security benefits of a private MPLS connection is huge. So is the ability to centrally manage and monitor your network security, a huge time-saver when overseeing a vast enterprise network. Remember that security applies to implementation and testing, too, and that should factor into what SD-WAN solution you choose.
If you plan to have a third party manage your network, then pick an SD-WAN vendor or managed service provider experienced with nondisruptive migration, such as Silver Peak. But if you plan to self-manage, pick an SD-WAN solution with a great reputation for making do-it-yourself WANs easy, such as Cisco Meraki.

No comparison of SD-WAN and VPN would be complete without some pricing data. Just as with connection quality, implementation, and security, SD-WAN and VPN each have distinct pros and cons over the short- and long-term.

SD-WANs save money over traditional WANs by utilizing the public internet, reducing the need for more expensive dedicated internet lines and private connections, like MPLS. SD-WAN also makes building your network much less expensive going forward.
It’s tough to give an average price for an SD-WAN given the uniqueness of enterprise networks. Weighing DIY vs. managed SD-WAN alone presents plenty to think about. But the hypothetical comparison below from TeleGeography shows how SD-WAN can cut the costs of a traditional WAN in half.
This breakdown from TeleGeography compares the total cost of ownership between an MPLS VPN WAN (left column) and three SD-WAN service levels.
With savings like that, what’s the con? Just like implementing SD-WAN takes some time, so does realizing SD-WAN’s economics. The long-term savings come after the upfront costs.

VPN tends to be flexible and straightforward. AWS site-to-site VPN pricing presents example costs such as $0.05 per connection hour with a $0.09 per GB data transfer fee. As for connecting employees to your network, you’d need a remote access VPN such as NordVPN Teams, which starts at $7 per user.
But remember, the more you rely on VPNs (particularly site-to-site VPNs in your WAN architecture), the more time and manpower you need to manage and update all those point-to-point connections. That time and labor can offset any upfront savings. You’ll either have to dedicate more of your staff’s time to routine network management, or take on the added cost of a managed service provider.

SD-WAN may need some time to pay it back, but that payback can come quickly. Shamus McGillicuddy, senior analyst at Enterprise Management Associates, said in this report on SD-WAN ROI that “an enterprise can expect more than a 6.1x ROI over 5 years, with a payback period of fewer than 10 months.”

Knowing SD-WAN is one of the most secure, scalable, and cost-effective network solutions available, how should you start searching for one? Start by defining your business needs. The SD-WAN provider landscape is filled with companies that specialize in different needs, from improving interoffice networking to integrating cloud SaaS tools.
From there, find the SD-WAN providers that align with what you need. The Lightyear Procure platform is a great place to start. Enter your specifications, then review the quotes that return in moments. It’s free to use, too, even for contract management.
Enterprise
Networking
WAN 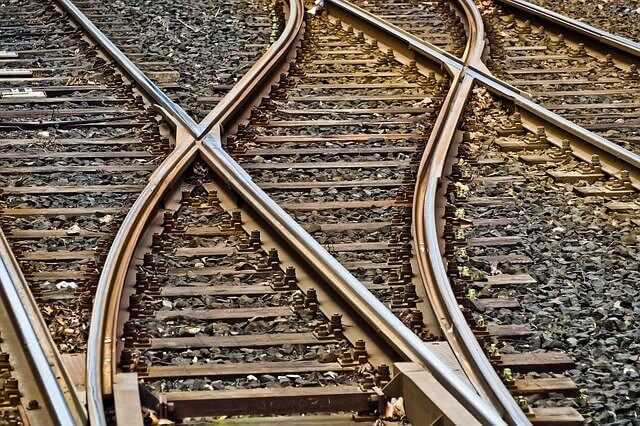 Why a Backup Internet Connection Matters More Than Ever for Businesses

Does your enterprise utilize a redundant and diverse network with adequate failover protocol? Learn more about backup internet c... 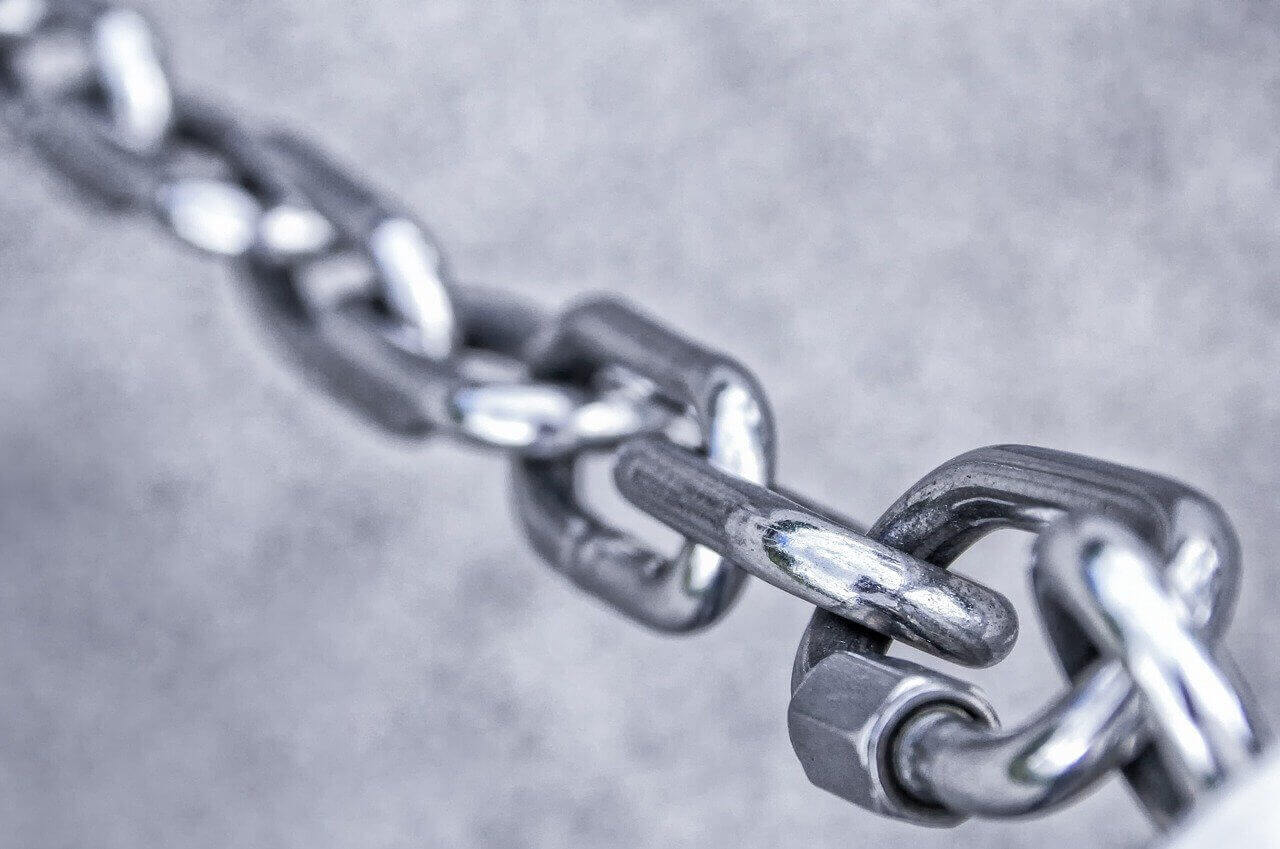 Are Point-to-Point (P2P) Links Right for Your Enterprise? 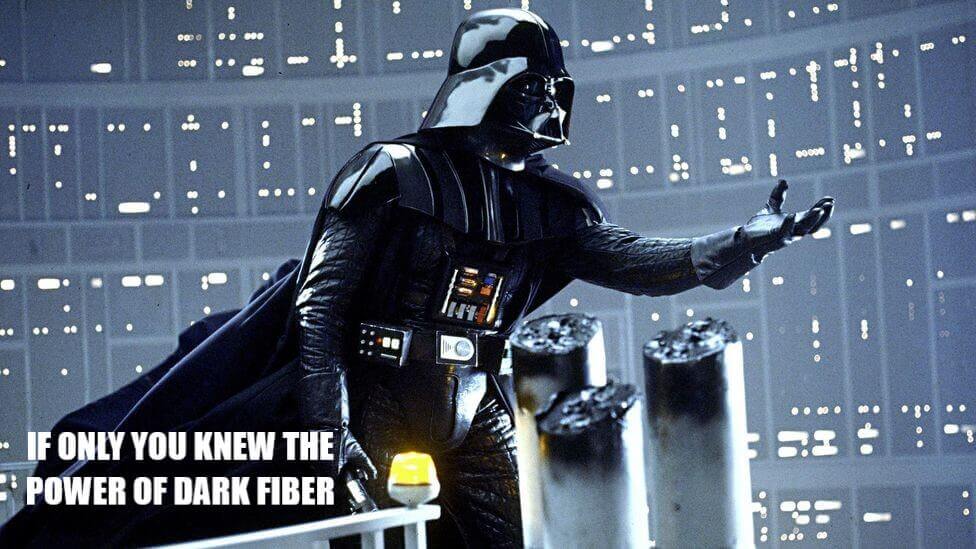 The Dark Side of Fiber: Pros and Cons of Dark Fiber

Enterprises can scale their network applications and improve performance and security with dark fiber networks. If data and apps...